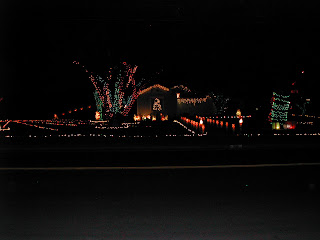 I shot these photos last night. I don’t do anything special for Xmas, but I enjoy watching houses dress up with lights.

This evening, my neighbor and I walked by the city hall. In front of the building, a three-story pine tree stood like gorgeous Greek statue. Wind blew. The tree swayed in slow twist. Mmm. Fabulous. Why did I leave my camera at home? I told my neighbor. She talked about timing and her two unused camera. We watched the tree. Long chains of tiny white lights draped around it from top to bottom. We put our hands in pockets and watched the tree danced for a while. Wind blew harder. 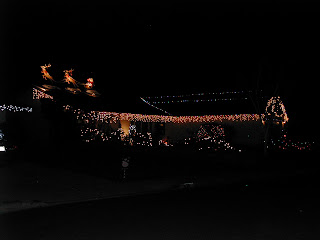 Once or twice or maybe more times, Snoopy sat on top of his doghouse and typed, “It was dark and stormy night.” That’s my favorite scene. That was the kind of nights we had. Happy Holidays!
Posted by keiko amano at 10:22 PM 2 comments: 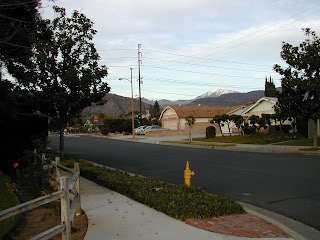 A nine year old girl is riding a bike. The sky is blue. White peak of the mountain range stands in the background. 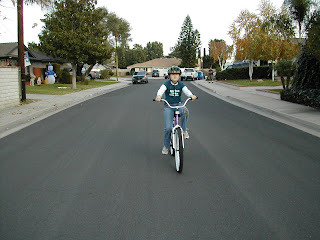 The day before yesterday, her bike passed me by wobbling. I said to her father,

“May be the seat is too high.”

“No, I don’t think so,” he said, “She’s riding this kind for the first time. She could have done it earlier, but she didn’t.”

In the meantime, she didn’t bump into the parked cars or truck, managed to make a U-turn at the end of the cul-de-sac, and came back.

“That’s impressive,” I said to the father, “The first day I rode my bike, I hit against my neighbor’s fence. I couldn’t turn.”

Next day, she is riding her bike again. The father is standing on the sidewalk watching her. I say to him on the way to my walk.

“She learns fast. The bike isn’t wobbling much.” 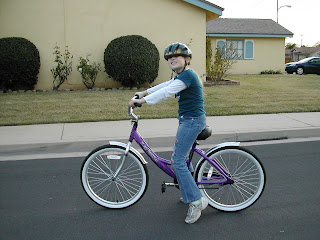 The third day, the cul-de-sac was clear. No truck. I see the back of the father’s head over a parked car. A block away, I see the back of two young girls on bike at the stop sign. The father holds his arms in front. The girls with helmets cross the street. I walk toward the father. He stares straight to the street like a rock. His chin is close to the neck. I’m only used to his smile and greetings. So I said, 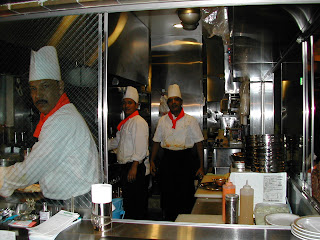 I love Indian foods. And “Sunny Taj” is my favorite. The top photo, the left person is Bisen Shing, the main chef, and right is Bir Shingh. I’m sorry I didn’t get the name of the middle cook. Looking at their faces, I tend to speak in English, but Bir speaks Japanese. 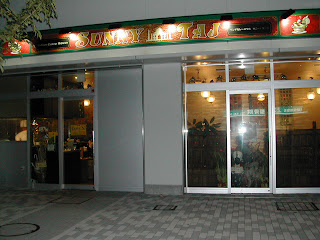 The restaurant just moved to the new location in September to the back of the new large building that is still under construction. The building is situated across and leftward from the Keikyu Department Store. I’m writing these details because even though most readers do not live in Yokohama, but if any of you go, I want you to find it. I checked the Web information, and they all point to the old location, and their rating of Sunny Taj does not justify their food and services. 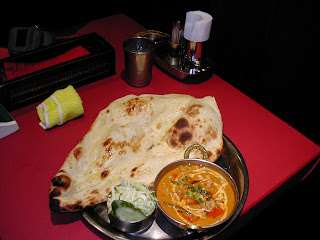 I go there often, and their food is excellent. I especially like vegetable curry. The curry has chunky turnip, carrot, and potato to fit to Japanese taste. But I don’t go there just for the food. I go there because the owners and employees are warm. I feel at home. And prices are reasonable. 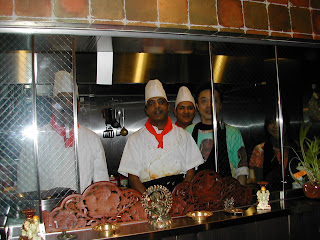 I took these photos with the female owner’s permission, but when I made a shot, she hid herself to the right behind the window. It was the evening before I left Japan, and the restaurant was packed. So I had to hurry up and clicked away. That’s my excuse for a bit blur images.
Posted by keiko amano at 1:14 PM 6 comments: 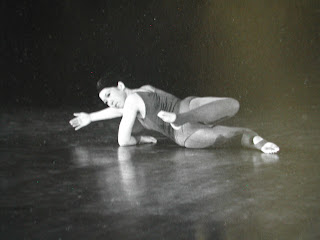 Because Rebb made a comment on the absent of “I” in Japanese, I hope to write better response than what I wrote in the past. http://www.redroom.com/blog/keikoamano/subject-and-object

According to “Kotoba to Bunka,” I summarized what Suzuki Takao wrote as follows.

The first person singular is “I” in English, “ich” in German, and “ik” in Dutch. They look different, but they are not. In the early modern time, English “I” was written in small letter as “i,” and the pronunciation was not “ai” but “i:”. (I can’t spell the consonant here, sorry.) In the medieval period, it was pronounced with a consonant at the end. And the oldest English document shows the word as “ic” and the pronunciation is considered to be close to “ik.” So, all the first person singulars among the Germanic languages are considered to come from the same source.

Further, Suzuki Takao writes that this is a tremendously amazing fact. The fact is that in the Indo European languages, people spoke for many thousand years with the first person singular and consistently. In comparison, the Japanese language differs totally. I checked other quite different languages like Finnish, Hungarian, and Indonesian, but they all have the Subject- Verb-Object form.

I think it’s best to say, “The Japanese language does not have the same type of the first person singulars of the Indo European languages.” Probably last 70 or 80 years or so western-influenced authors have been increasingly using the following first person singulars, “watashi” or “boku.” Watashi(私) also means private, and boku（僕）, servant.

“Watashi” is used by both males and females, and “Boku” is usually used by males. There are more details about this, but I stop for now. So we have only about 100 year history of Japanese first person singulars. And I think this fact probably is giving non-Japanese illusion. I think knowing the difference is as important as knowing the similarities. So I couldn’t help it, but wrote it again, folks!
Posted by keiko amano at 6:06 AM 18 comments: 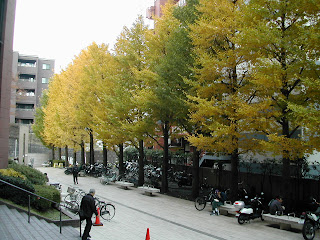 We can translate “lie” into Japanese, but “uso 嘘” doesn’t exactly mean the same as  “lie.” I’ve been reading a few books by Suzuki Takao, a Japanese linguist. He pointed out this important matter about “lie.”

If an English speaker says, “You lied to me,” it means that I did something morally wrong. That’s quite disturbing, isn’t it? I haven’t thought too much about it in the past, but come to think of it, the linguist is right that we Japanese think of “uso” as only “uso.”

Uso means untruth. If you say untruth is negative, then from that point of view, yes, it is negative, but there is no other negative meaning attached to it. I looked at my dictionary and found that “lie” means an intentionally false statement involving deception. I’m a bit shocked to see the words “intentionally” and “deception.” Uso is not necessarily malicious. So “lie” is malicious “uso,” I think. Fiction is uso. That’s why someone made a funny face when I said fiction is lie.

We Japanese often say in Japanese, “You’re a liar,” or “That’s a lie!” with no intention of accusation, but those speeches exclude subjects and articles, such as “You’re a” or “That’s a.” That’s our normal daily speech. Our customary grammar alone, I think, shows less accusation than in English. Definitely, “You’re a liar” is stronger than “Liar.” And the modern Japanese grammar was developed based on the western grammar, so we have the first, the second, and the third person points of view. But that’s because they have been defined according to western grammars. So that fact alone is actually problems because it forces the well-developed but not- matching grammar onto our totally different language. I think it’s been giving people quite illusion

So when Japanese say “Lie” or “Liar” to other Japanese in Japanese, it usually sounds comical and light hearted. I often hear that word repeated by Japanese with or without smiles. I didn’t think much of it all these years. But to delve into the meaning of each word takes tremendous time and experience. 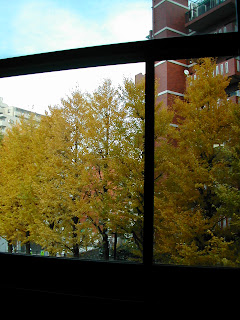 Also “stupid” is not exactly the same as baka. Once I had a heated argument with my son about it, now I think back that maybe there was misunderstanding. I love my children, and they are smarter than when I was growing up. I respect them. So under any circumstances, I’d never call them “stupid.” But one time, my son accused me of it. I was furious. I said to him,

“I never said that. I never have that in my heart and brain. How can I ever say that?” I said.

That ended our argument. But I was disturbed by it. What made him tell me that? Growing up, my mother mumbled to herself sometimes when she made an error. She would say, “Because I’m baka. My brain is bad.” Those sentences are without any subject and possessive. But she was very smart person. Westerners usually say such persons have low self esteem. That does not apply to Japanese. My mother had very high self-esteem. That’s one thing I’ve been successful planting in my children without putting any extra effort.

Anyway, for three or four years, my mother was reared by her most disciplined, high-rank samurai grandfather. Putting herself down was cultural, and it’s her own way of improving herself and being humble. Baka is written 馬鹿 which is horse and deer. Well, I might have said to myself, “Baka-ne.” My son speaks only English.
I hope he is reading this.

I think we only realized something like this only when we get into troubles. Can you imagine how many erroneous but innocent words I’ve been using in the past? Wow, I have to go around all over the countries to apologize for the rest of my life! 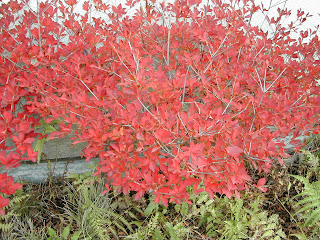 After talking about lie and stupid, I want to cover “starving.” My daughter was twelve when she came to Japan the second time. She stayed with my mother for a few weeks, and she went to stay with a friend of mine for three weeks. Her family members do not speak English in their daily life, but with a good dictionary, they can carry a basic conversation. I don’t know how exactly the situation was, but my daughter said, “I’m starving!” The friend looked at the dictionary for the word. The following year I met her, I thanked her for taking care of my daughter. She said to me,

The fact is that…it was a mealtime and. I thought I should let you know this,” she continued in stops and starts.

“I thought you should know, and you probably ought to tell her not using such language.”

I frowned a little.

“Your daughter said…well….Starving”, she said putting her hand over her mouth halfway.

“Is that all?” I said, “In English, we say, “I’m starving when we are very hungry. That’s nothing wrong with that. We all say it. It’s humorous.”

In Japanese, starving is the state of serious famine. So the meaning of each word demands much attention and discussion. I don’t think linguists alone can make a perfect dictionary. Besides languages are always changing, too.

In summary, I think the real problem is not only miscommunication but also how each of us sees the world in which we’re in without judging. I don’t know how many times I have done. As I read, I find even well-known linguists make mistakes on language assessment. No wonder, we all make mistakes often without being aware. Well, what’s news, right?
Posted by keiko amano at 2:03 AM 27 comments: