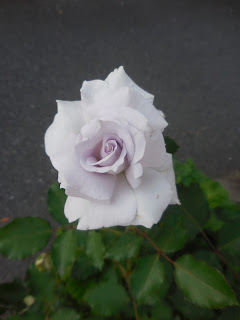 Why UNESCO dropped Yanaginogosho off Hiraizumi as the world heritage site?
柳之御所が世界遺産の平泉から落とされた理由

According to the professor I discussed this matter with, he said the people in charge of selecting world heritages chose only the religion connected sites for Hiraizumi. The religion is Buddhism and Yanaginogosho was the palace for one of the Fujiwara families that ruled the north of Japan for one hundred years.

The problem is without Yanaginogosho, there was no Buddhist temples or gardens. Yanaginogosho was the center and the accumulation of the culture which was unique to that region. The professor seemed to regret that the Japan side committee brought up "Pure Land Buddhism" into this argument. I read the UNESCO site as follows and understood why he said that: http://whc.unesco.org/en/list/1277

I think the Japanese official out of desperation trying to include Yanaginogosho to the world heritage piped the uniqueness using the term “Pure Land Buddhism.” The term sounds magical but I’m not impressed. How Japanese live with religions is different from the western standards. And Buddhism is quite different religion from Christianity and other western religions.

I think if we can, it’s more important to raise awareness of the difference than just to have Yanaginogosho included to the world heritage site. I know that's really tough, but after all, if UNESCO is the world standards, it cannot remain the western centric forever. What do you think?