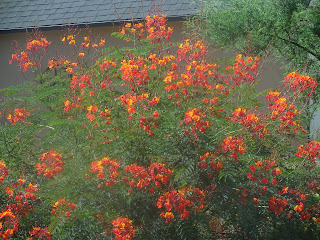 According to the dictionary, akogare means longing, yearning, thirst, aspiration, reverence, respect, adoration, and admiration. As usual, some words are quite difficult to translate. If I interpreted akogare as just longing, then it wouldn’t necessarily carry the element of respect. If I chose respect for the translation, it wouldn’t reflect the meaning of longing.

So, I came up with my definition: akogare means a powerful longing with respect and reverence, but the word itself is simple. Some people might translate it as adoration but I sensed in akogare the feeling of utmost preciousness.
Languages are difficult in some ways and so simple in others. For a thousand years, Murasaki Shikibu’s writing has been an akogare for men and women. And I was sure many writers aspired to be like her. Famous or not famous, all sorts of female authors influenced us, but the longest lasting best seller had to be Genji Monogatari.
I have mentioned a number of female writers so far, but I have to mention one more. She was not a professional author but a remarkable person. She was the author of the letter that made a huge difference in the history of women’s rights. I’d like to use akogare to describe my feelings toward her.

Her name was Kususe Kita (1836-1920). She was a widow who lived on Shikoku Island. Her father was a rice merchant but she married a samurai. In the 1870s, the freedom movement was thriving in Kouchi. She traveled to meetings and listened to the members’ speeches.
Because her husband had died, Kita became the head of her household. She didn’t have children and was forty-two. In September 1878, she sent an inquiry letter to the department of home affairs in response to a tax bill she had received.
According to the book A Sequel: The Women of the Restoration by Kusuto Yoshiaki and Iwao Mitsuyo, Kususe Kita wrote the following:
I have fulfilled all my legal obligations as the head of my household, but my right to vote was denied because I’m a woman. So I didn’t think I have to pay taxes, but I was asked to pay. I pointed out this unfairness to the local public office and they replied that women do not go to war so their rights cannot be the same as men’s. But the male heads of households are all exempted from military service so this makes no sense. What should I do?
The above argument was on page 167 of the book, and right after it was this statement:
Kita is[CCE2]  for people’s right[CCE3] . Her argument was, of course, an ideological crime (kakushinhan 確信犯).
Ideological crime? I would often get stuck with the prejudice behind words and sentences, and wanted to show just one example coming from the editors. They were probably unaware of the fact[CCE4] . We used phrases like a thought crime or an intellectual crime (Chinouhan 知能犯) to describe something as very smart[CCE5] . So, the editors were using such words loosely and perhaps with a sense of humor.
Nevertheless, I was disappointed. The book was one of the two related to early women’s rights I was looking for at the Yokohama central library. The book included a brief biography of Kususe Kita.
Two years after Kususe Kita sent her letter, women’s right to vote passed in 1880 in Shoutakasaka village and Kamimachi town in Kouchi. It lasted not one month or one year, but four years[CCE6] . Itagaki Taisuke 板垣退助 (1837-1919), the legendary politician who was the head of the Freedom and People’s Rights Movement, praised her.
It was much later on, but a fine memorial stone was built for Kita by an influential man, Touyama Mitsuru 頭山満, and the tribute was written by Kouno Hironaka 河野広中, a freedom activist and the speaker of the House of Representatives then[CCE7] .
Fukuzawa Yukichi, an educator and author regarded as one of the fathers of Japan’s modernization, was instrumental in making the constitution of Meiji Japan[CCE8]  that denied women the right to vote and other political rights for women, including studying political science in school. The laws went into effect in 1889.
Fukuzawa Yukichi was not what we thought he was. His profile has been printed on 10,000-yen notes as if he were the Japanese Confucius. What a joke! We should remove his picture and replace it with Kususe Kita’s. I admire Kita’s courage and for the fact she stood up for women.
Although the areas were limited, the women who were head of their household in 1880 could vote. This was very rare in the world then. The other three areas were in Wyoming territory, South Australia, and Pitcairn Island.


[CCE1]Explain why you think this digression is necessary here.


[CCE2]Is this a direct quote? This should be was.


[CCE3]Is this a direct quote? Because rights should be plural.


[CCE4]Which fact? That they were prejudiced?


[CCE5]Clarify. Are you supporting or condemning the use of such phrases? It seems earlier in the paragraph, you thought the phrases were prejudicial, but now are saying they’re “very smart.”


[CCE6]Are you saying women’s right to vote lasted only 4 years? When was it reinstated?


[CCE7]When? It doesn’t say when the memorial was built.


[CCE8]What does this mean? How did he “make the constitution”?
Posted by keiko amano at 9:15 AM

I wrote this for my second book, "Literacy of Japanese Women" but I didn't feel my reseach on the subject was adequate, so I focused on the children of Hamada han instead. I just did search on Kususe Kita with the key words, Keiko Amano, on Facebook and my blog spots and found nothing. I wrote about her a number of times and even before 2009 when I used to write at my blogspot in the former Redroom blog site, but I had no hit in searching the related writing. Therefore, I'll post this again here.