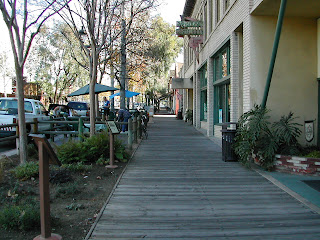 I took photos of San Dimas downtown, the oldest hardware store and the railroad station converted to a museum.

I used to access Yahoo Japan Auction site. It was probably in 2002. Every time,
I hit enter, the word “Avatar” in Japanese katakana appeared under a manga character. Characters seemed to change, and the word showed up in other sites. I still didn’t quite know what it meant, and I didn’t know how to spell it in English then. 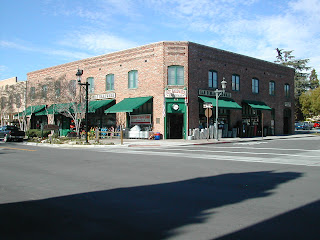 To me, Avatarアバター sounded similar to “Albeiter” to which we write as
アルバイター. They are both in katakana because they are foreign words. And “Albeiter” means working persons in German. Today, Japanese use this word as part-time employees. It seems we have psychological habit of differentiating classes of words. Fulltime sounds formal, but part-time, less formal. Formality plays a major role in our culture and language. I’ll talk about that some other time, but anyhow, “albeiter” ended up “part-time employees” in Japanese. And I won’t be surprised if “tar” of avatar and “ter” of albeiter are connected in the ancient time. 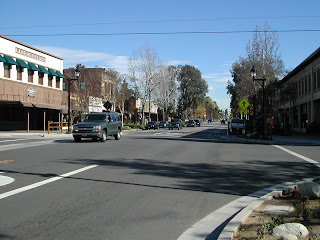 So Avatar sounded to me definitely casual. After all, the word appeared under a manga character. Some of readers probably already know because of new movie, “Avatar.” But our memoir workshop members appeared unsure about it. In our last meeting, the leader asked us if we had seen the movie. I’m usually the last to know the meaning of English words. So it clicked in my mind. I bet Avatar is Sanskrit!
I unzipped my red backpack and searched for my digital dictionary.

The leader began talking about “Star War” movies and comparing with “Avatar.”

“It’s a Sanskrit word,” I said to the leader and turned to an Indian woman on my left and said, “You know Sanskrit!”

The Indian woman said nothing.

“What? What is it?” a member next to the leader said.

“She said Sanskrit,” the leader replied.

“It’s avatare in Sanskrit,” I said looking at my dictionary. “Ava means ‘descent’ and tare means ‘to cross over.’”

The Indian writer folded her hands on the table.

“Well, what does it mean?” the leader said looking into her eyes.

The Indian writer stared at the wall across her. Her long black eyelashes batted.

“Well,” the leader said and wrinkled her nose.

“What does it really mean in Hindu?” I said.

“Incarnation,” the Indian woman said after a few more seconds, “Incarnation!” She raised her hand up.

“How wonderful ! We have a Sanskrit expert here!” I said. 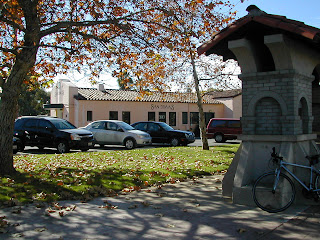 Only a week ago, I saw the Indian writer in a book club. I thought her opinion interesting. Later, I met her at the entrance of a drug store. We began talking, and I asked her if she knew Sanskrit. She said she learned the ancient language for four years. I shook her hands. Gee, how lucky I am! Then, she invited me to her memoir workshop. There, we had an enlightening conversation as above.
Posted by keiko amano at 12:52 PM

Albeiter is actually arbeiter in German. As in the famous motto "Arbeit macht frei" = work makes you free, cynically put up in iron letters over the gates of Auschwitz concentration camp (and recently stolen).

I first heard avatar in books of hindu spirituality, so it was initially puzzling to find it describing someone's picture on internet forums.

I think I would have hesitated like the Indian writer. Knowing what a word means doesn't necessarily mean that you can translate it! But incarnation fits the first instances I encountered, eg "Krishna is an avatar of Vishnu".

I think such sign of the gate can be used effectively in million other places. How hurtful must be to see the words there. I can imagine the past dead lock to take it out and keep it there for posterity. I think stealing the sign was probably the only graceful way to let healing begin. I hope. Thank you for this info.

About the meaning in Hindu, yes, and in English Dictionary and Wikipedia describe only the origin from Hindu and Sanskrit. And English Wikipedia show a long text describing Hindu gods.

But in Japanese Wikipedia, it's short, and it describes Avatar as a network jargon based on Hindu and Sanskrit origin. So in my next blog, I want to talk about foreign words in Japanese.

Keiko, I enjoyed your story. A bit of serendipity in your meeting the lady! I didn't know about Avatar.

In a book I just finished—a sort-of reflection on being "A Chinese daughter," the author has a section where she talks about the Chinese language a little bit and I found it very fascinating and of course I thought of you, since you are the language Queen. I might post a blog later on about it.

Keiko, I forgot to say that I like the photos. It looks like a nice spot to have a cup of coffee, enjoy the sun, and do some people watching and writing.

Yes, she was my serendipity. My life has been this way ever since I came to the U.S. But now, I feel no more fear about learning any language. I might not master any language, but I no longer hesitate to start any language. Last week, a Taiwanese friend agreed to teach me Mandarin. And I watched three DVDs on Tagalog. So I can now spontaneously say thank you and goodbye in Tagalog, and I made a discovery into article usage. I’m quite excited about that. So you’ll hear from me on it later on. Anyway, Filipino employees at Subway now respond to me in Tagalog.

About your book on Chinese, I look forward to reading it. Last Friday, I went to Chinese Museum at Olvera Street in Downtown. And I discovered something very important. So I also want to blog about Chinese language.

And yes, San Dimas is a small neat town. I used to feel lonely here because I came from a big city like Yokohama, but now, I can walk to many shops. If you’re in neighborhood, please stop by. Let’s have coffee at Roady’s and talk about language and books and writing and all kinds of arts.

Keiko, That's fantastic that you "feel no more fear about learning any language." Your courage continues to grow! It sounds like you have many blog topics to share. How exciting. Does it ever feel like, "Where do I begin?"

For sure. If I am ever in town, yes, Roady's for coffee and chatting.

You know, since I've mostly used to small town life, I would probably be overwhelmed with a place like Yokohama. I actually don't enjoy going to San Francisco because it is too big for my tastes. I know most people would cringe at my comment, since it is a heavily visited tourist destination, but that's how I feel.

Yes, new topics keep coming up. I’m not going to worry about where to begin. I’ll write it when my thought is complete.

I think we are products of environments. I need both city and rural experience. So if I’m in Yokohama too long, I miss San Dimas, and when I’m in San Dimas too long, I’ll miss Yokohama.