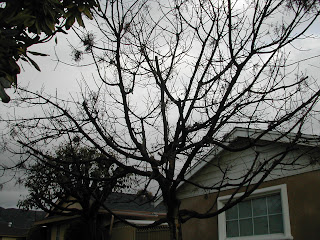 In my last blog “Avatar Part II,” I received many interesting comments on Japanese impure or murky syllables, so I decided to write further. First I must say that in this global world, we can’t possibly be most accommodating to all the intricate cultural differences. If we are too serious about it, probably we have to live uncomfortably. So, I think the only thing we can do is to find out and understand the differences. I cherish unique cultures and oppose prejudices, but these two often come to all kinds of conflict. It seems to me, the only thing I can do is to promote understanding even a little bit about language and culture. Besides I love it, and I can’t help writing it. So here goes.

Some people are more sensitive than others. But Japanese would recognize so-called impure or murky Japanese syllables starting with b, g, and z, d. The Japanese syllables are different from English syllables (please see my past blogs about this). And fa and fu in Japanese are different sounds from English, and by itself, there is usually no meaning. Even “he,” we won’t make judgment of the meaning without context. Because Japanese language do not have a big range of syllables with many consonants like English, the effect of ba, bi, bu, be, bo, ga, gi…and so on stand out to our ears. This matter is probably unimportant to non-Japanese speakers, but it is significant in our arts and language. I hope I can explain a bit. 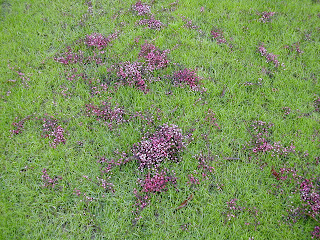 Yesterday, I was reading “Chikumagawa no Ryojo” by Shimazaki Toson and its critics by Miyoshi Tatsuji. They are both well-known Japanese poets of the last century, and the poem is very popular among Japanese. The poem depicts a scene in early spring at the foot of where an old castle used to stand and a traveler there. I read it a few times, and I was there. Needless to say, I found great comfort to the language and sounds. In the book, Miyoshi Tatsuji talked about the way vowels play in the poem. I agreed.

Then I looked at impure syllables sitting with their legs folded underneath. They bowed. I bowed back. I knew it, but still I felt they played significant roles in our language and arts. I checked them a syllable by syllable. There are three sections to this poem. The first section has 6 impure syllables, the second section, 7, and the third, 12. There is a clear progression. And the first two lines of the first section contain zero according to the original intention by the poet. (Today, people pronounce one word with one impure syllable. I think the author gave in to the opinion of other poets like Miyoshi Tatuji. I wish he left it the way it was.) And the first two sentences in the second section have one each. In the third section, the first sentence has two, and the second sentence has one. So I think this progression of impure syllables creates simple delightful music to our ears. So I thought about this.

In ancient Japanese language like Genji Monogatar , I don’t know if they actually spoke like that, but I see the same tendency. The tendency is to be extremely sensitive to the usage of impure syllables. Murasaki Shikibu knew that it was up to its usage that created beautiful contrasts and rhythms. So she used them so sparingly. As years went by, we used more and more. And today, we use them indiscriminately. I’m afraid that many of us are losing the ears to listen.

So I guess we call yin and yang of syllables as pure and impure. And the word impure makes us feel dirty. I don’t know who created those words, pure and impure sounds in our grammar and writing books. Maybe Shinto religion has something to do with it. The Shinto priests and followers seem always cleaning. I think purifications play the major role in Shinto. This is another subject I’m interested in. 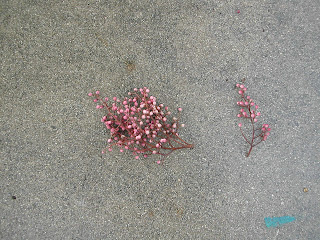 In one of Suzuki Takao’s book, he wrote something like this. A group of Japanese women were watching a television program, and a cosmetic commercial came on. An actress began putting some lotion on her face. The voice pitched for the product and used the word “Bihada (beautiful skin)” rather than “utukusii hada.” I don’t remember exact conversation, but one woman said, “It sounds like putting dirt on our face.” They all laughed.
Posted by keiko amano at 7:26 PM

The concept of pure and impure syllables is interesting, along with your thoughts about how this could relate to the Shinto Priests. Besides my personal aversion to a few English words, I cannot think of any syllables or letters that are thought of in this way in the English language, but I could be wrong. It just goes to show among the layers—yet another layer to the Japanese language. Layer is a word that I cannot get out of my system lately because I feel like I keep seeing more and more of them. Now that’s an interesting word to look at: L A Y E R. It almost looks like it’s laughing back at me and it’s sound is similar to liar…Sorry, I trailed off there for a minute. The other thing your post made me think about is how “ba, bi, bu, be, bo, ga, gi” as I say them aloud, are similar in sounds that babies begin making.

Since we’re talking about sound... I feel embarrassed to ask this, and forgive me if I’ve missed it in one of your posts, but what is the proper way to pronounce Keiko? Does it sound like Kee Co or K Co.

p.s. are those Peppercorn berries?

Please don’t hesitate to ask me anything. I want to be good at explaining. I neglected it in the past. Your question is excellent. Many people asked about it, but I just realized I wasn’t doing a good job at it.

Keiko is pronounced as K-Co. Now I know! In the past, I could only say it repeatedly. How uncreative of me! Anyway, I was just thinking Ca of “Cake” is closest. Kay is also good. Plus co. The difference between K-co and Kay-co is that K-co is spoken language, and Kay-co is written, therefore formal language. So, if I meet non-Japanese students of Japanese language, and they ask me how to pronounce my name, I would say, “Kay-co.” And all my childhood friends call me, “K-co.”

I don’t know the name of the tree in the photo, but the berries or flowers fell from the tree onto the lawn underneath and the sidewalk. It was after a torrential rain, and I happened to walk by there. Nobody was around. It was a mesmerizing scene. The colors were vivid and kind. I was glad that I had my camera in my backpack. It’s too bad that people only point to them as trash although I’m not saying to keep them there forever.

Oh, good, then I’ve been reading the sound right in my head.

The little berry branch would look lovely in one of those short, round glass bottles that you can buy single servings of apple juice in.