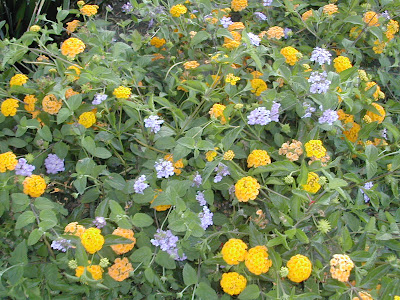 Last Thursday, I asked Cliff, the assistant organizer of Coffee House Writer Meetup if he could examine what was wrong with my bike. He said yes. I told him the bike didn’t go up more than 10 or 15 miles per hour. I said something was wrong. I fell down twice. Not that I wanted to compete with cars on roads, but I felt pedaling in the air when the right gear handle went up to 1. I usually started my right gear from 7 or 6.

After the meeting was over, Cliff rode my bike around in circle in the parking lot. He came back and said that he changed the left gear handle from 1 to 3. I didn’t read the manual on the gears because I thought it came with the safest default. He told me to leave it there. He also said I could start at 1 on my right gear. What? I said. He also said, when I go uphill, I could change it up to 7. His last sentence threw me off. I kept asking him to repeat it because I was so confused. I still don’t understand, but he was right because I’ve been riding my bike, and it’s been working fine. Thank you, Cliff, for adjusting my bike.

About gears, I just can’t understand why I can ride now from gear 1, and before, I could only ride from7 or 6. For the past one week, I changed my gear from 7 all the way to 1 going uphill. But now, I’m starting at low gear 1 thru 4 and change it to as high as 7. Although I’m still confused for what happened before, I’m glad that the concept of low and high gears is the same as when I used to drive my stick shift car. You can imagine how confused I was before the left gear was adjusted. The Low and high became opposite in my head for about a week.  Did you get it?  No?  Never mind.